As a pop/rap singer, Tenaj was a bit of a rap pioneer in her native Switzeland.  She now resides and performes in Los Angeles, not only as a musician, but also as a prominent model.  Her new single, "Special Queen" can be found at www.tenaj.us
Posted by IMR at 3:31 PM No comments:

This is a refreshingly unique sounding hip-hop band from the great hip-hop state of ... Iowa.  Their songs are a nice break from the cookie cutter music found in more traditional hip-hop areas, and with song titles like "Spongebob Ready," how can you not check them out?  bigbangxl.webs.com
Posted by IMR at 3:16 PM No comments: 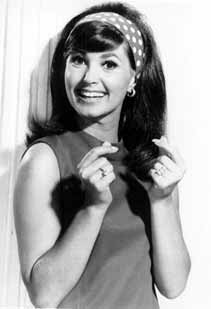 Donna Loren is a singer, songwriter, and recording artist who was popularly known in the 1960s as the “Dr. Pepper Girl,” and was prominent as a singer and actress in several popular television and radio shows of the time.   Throughout her early years, starting at the age of six, she performed in a variety of venues, ranging from radio commercials to television shows such as The Mickey Mouse Club.  Her family was very involved in her career and brought her to auditions and radio shows around the country.  In 1963, her “big break” finally came, and she was offered a position as a singing spokesperson for Dr. Pepper.  Her position with the company gave her national exposure and soon led to even greater opportunities.  She performed in ABC-TV’s Shindig, was prolific in the famed Beach Party movies, and made regular appearances on TV shows such as Batman, Dr. Kildare, and The Monkees.  She also released her own album, which was named for one of Beach Party movies, “Beach Blanket Bingo.” Donna Loren retired from the music industry in 1968 to raise a family.  She came back for a short time in the 1980s, then again left show business, this time to run a fashion business called ADASA Hawaii.  She once again began writing music again in 2009, and has since recorded a new album, "Love It Away" and is writing her autobiography.

IMR
The Indie Music Review is the foremost international independent music reviewer dedicated to providing quality reviews of independent bands and musicians. For more information or to get your band reviewed, please visit www.indiemusicreview.org